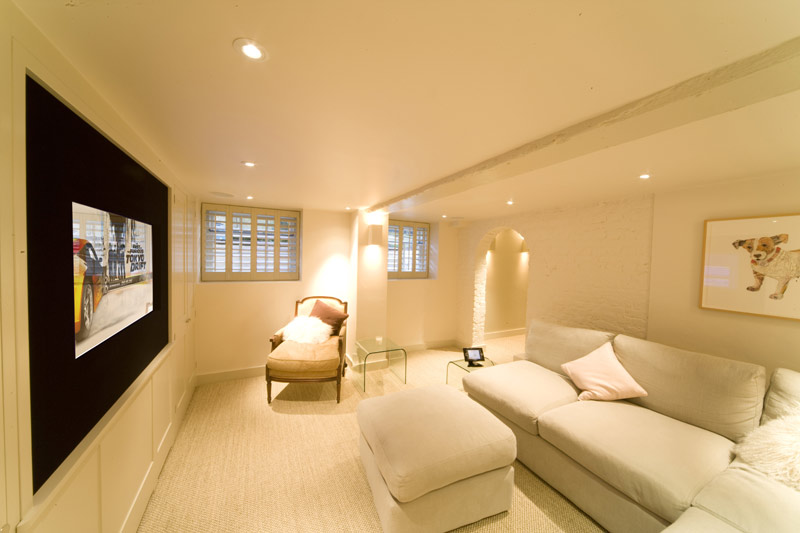 The Next Home Lighting Solution

Home » The Next Home Lighting Solution

The Next Home Lighting Solution

The terms contemporary and modern, both in and out of the design and home décor, often find themselves being used interchangeably. With that said, it cannot be denied that the terminology used is ambiguous in of itself, so you will be forgiven if you have been using those terms without making any distinction between them. However, at least when it comes to home décor, those two terms can give very different results in both design and types. Similarly, traditional and contemporary designs can be assumed to be very distinct from each other, but with the number of selections and categories out there, and the possibility of a modern spin on a traditional light fixture, can lead to confusion. In this week’s blog, we will clear the air on what traditional and contemporary home lighting designs are, and provide a few examples along the way.

Like most things, most of the considerations in choosing a lighting fixture for your home comes down to your preference, and what you want in both function and style. Before it comes to design, you have to get the formalities out of the way. How much light you will need, and for what the room will be used. For reading rooms, kitchens, and living rooms, strong lights that illuminate the entire room make sense, while dimmer and moody lighting is preferable for other specified places. Now, you can look for the designs according to your requirements, which then comes to selecting the type of light fixture. However, it is the style which makes the whole process just a little trickier. Light fixtures can come in various designs, some of which can bring considerable headache when it comes to the interior design of your home. There are generally two types of lighting styles, traditional and contemporary, though sometimes contemporary and modern are used inconsistently, as mentioned above. Keeping yourself well-informed is crucial.

Whenever traditional lighting is mentioned, it can range from relatively recent a few decades ago to the lighting styles used in the 18th century. The amount of variation is considerable, though generally, the accepted time range is around the Victorian era, with jewelled and fancy designs put into lights. These can often be meticulously crafted, meant to look formal, and are often found in high-class or black-tie events. While both traditional and contemporary lighting can be complicated, traditional is associated with intricate ornate designs that take mastery of the craft, which makes them uniquely decadent and beautiful in their way. Traditional lighting is also mostly for indoors, such as chandeliers and hanging lamps.

One particular complication is that traditional styles of lighting can be used with modern function in mind. A chandelier can be crafted with LED lights instead of bulbs and automated to be turned on via voice command or gestures. This style is still regarded as traditional, and should not be put in the contemporary category as such. In interior décor, designer lighting typically refers to artistic lights that are not generally found in the typical home but are made for designer homes to fit a particular theme or visual aesthetic.

Before delving into contemporary design, a distinction has to be made between modern and contemporary. Modern styles are still relatively recent, as modernism was a period around the 1960s and 70s, while contemporary always refers to the present. An artist painting in the present will be contemporary artist, even if they do not have any distinction in their art, or are looking to replicate an artist in the renaissance, for example. However, when it comes to home décor, contemporary lighting, once again, refers to artists who make lighting fixtures for designer homes, creating styles with no symmetry or extremely simple designs that fit within an aesthetic.

Typically, contemporary designs are associated with simplicity and minimalism, favouring functionality and practicality over style, almost to an ironic degree. The level of simplicity can go even further, such as using unpainted wood, polished metal, or leather. To summarise, traditional lighting styles are more fancy and formal, though contemporary designer lighting embraces simplicity. While there are much fancier modern lighting fixtures, such as the Nebula by Joris Laarman, or Achille Castiglioni’s Taraxacum 88 S, simplicity is often preferred.

Finding traditional styles of light fixtures, such as lampstands and chandeliers in a theatre is not likely, and cinema lighting fixtures tend to follow the footsteps of theatres. Moreover, home cinema lighting is more often used to illuminate walking areas or create a distinct mood setup, and less for general illumination necessary in homes or at night. Not everyone can have a huge house, and traditional lighting fixtures are often too big to not distract from a TV screen, which is why the home theatre crowd usually prefers the sleek and simple design of contemporary lighting.

One of the most recent developments in contemporary home lighting designs is automated lighting systems, which use light fixtures connected to a local network or a central hub to automate lighting. These are better examples of contemporary home lighting designs, as they are meant to fit the same minimalistic themes of most modern homes. Lighting systems, such as LED lights, have become very common, and are efficient, whereas traditional lighting systems tend to be more power-hungry. This advantage makes contemporary light fixtures better for modern homes in both efficiency and cost, not to mention that one LED light is far more functional than an entire chandelier. Even cinema lighting system utilises present-day high-tech automation over what any traditional lighting would offer, making the latter a much more preferred style for most homeowners and interior designers.

Traditional lighting styles, to put it simply, are fancier and more formal than their contemporaries – pardon the pun, though both can take a fancy approach. However, the advantages and visual design of contemporary lighting fixtures makes present-day home lighting designs of excellent value and preference.